These developments have spurred predictions that “AI Will Invade Every Corner of Wall Street.” Prognosticators see a world in which computers completely replace human investors.

Most people do not understand that AI, especially the AI used in finance today, lacks the application of deep subject matter expertise[1] to create the clean data and relationships that are the foundation of any successful investment strategy or AI. Winning games is one thing, but the real world is not a game that follows immutable rules in a strictly defined space. In the real world, humans change the rules, break the rules, or the rules don’t even exist. Current AI is nowhere near navigating real world situations without a great deal of human intervention. 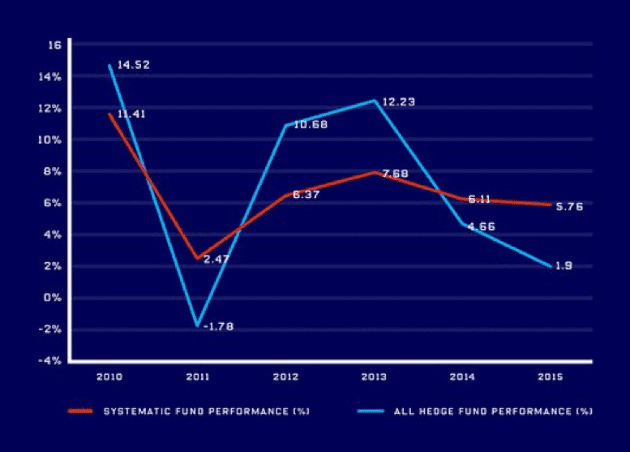 This disconnect creates a number of well-publicized issues for the application of AI in finance and investing:

Individuals with the skills and knowledge to bridge this divide are among the scarcest and most valuable people in finance. Nine out of 10 financial services firms have already started working on AI technologies, and they’re all competing in this scarce labor pool.

As we wrote in “Big Banks Will Win the Fintech Revolution,” the largest financial firms will be the biggest beneficiaries of technological advancements due to their scale and resources. Big banks can afford to pay the most for AI talent, and they have the biggest store of financial data to aid their new programmers.

A few banks are already making serious efforts to get the necessary talent. UBS (UBS) is on an AI hiring spree, while Morgan Stanley’s (MS) programmers and financial advisors have worked together to build “Next Best Action”, a platform that uses machine learning to aid its advisors in offering personalized advice to clients.

These efforts should eventually pay off in a big way, but for now they remain in their infancy. Financial institutions still have a long way to go before they can truly implement AI in an effective way.

The Big (Data) Problem with AI

The total amount of digital data in the world doubles every two years. As the volume of data grows exponentially, most of that data lacks the structures needed for machines to analyze it. As a result, AI projects, which are supposed to reduce the need for human labor, require countless man-hours to collect, scrub, and format data inputs.

Virtova founder, Sultan Meghji, told the Financial Revolutionists that many AI startups spend at least half their funding on data cleanup and management. Everyone wants to talk about teaching computers to think, but there’s no short cut or substitute for curating the data sets that machines use to learn.

To train an AI, you need a training data set for it to learn from. Training data sets tend to be of two kinds. First, you have relatively small, accurate data sets that don’t contain enough different kinds of examples to be effective. AI trained on these data sets become great at interpreting the training data, but they can’t handle the variety and vagaries of the real world.

Other training sets are large but not very accurate. In these case, the AI gets to see lots of examples, sometimes with incorrect data, but it isn’t being given clear and consistent instructions on how to respond. AI trained on these larger, inaccurate data sets often determine that there are few consistent things to be learned from the data and are capable of doing very little on their own.

For successful machine learning, training data sets need to be both accurate and widely representative. In other words, the training data needs to accurately represent what happens in as much of the real world as possible. How else can we expect the machine to learn anything consistently useful?

The Big (Data) Problems Are Worse in the Finance & Investing World

In theory, curating training data sets should be less challenging in finance. After all, financial data is structured in the form of financial statements in official filings with the SEC. However, any layman can quickly see that there is not as much structure (humans do not always follow the rules) as one might presume in these filings. Plus, the structure that does exist is not all that useful for AI. In fact, it can be actively harmful.

Imagine a computer that wants to compare the financials of Coca-Cola (KO) and Pepsi (PEP). As the computer reads through the financial statements, how is it supposed to know that “Equity Method Investments” for KO and “Investments in Noncontrolled Affiliates” for PEP are the same? What about “Retained Earnings” vs. “Reinvested Earnings.” Industry groups have been trying to create a standardized financial nomenclature for years to solve this very problem.

In theory, the development of XBRL would solve this problem. In practice, XBRL still contains too many errors and custom tags to allow for fully automated reading of financial filings. Even the smartest machines need extensive training from humans with deep subject-matter expertise to be able to understand financial filings.

Without this pairing of sophisticated technology and expert analysts, any AI effort in finance is doomed to failure. As the saying goes, “garbage in, garbage out.” Dumping a bunch of unstructured, unverified data into a computer and expecting it to deliver an investment strategy is like dumping the contents of your pantry into the oven and expecting it to bake a pie. It doesn’t matter how good the machine is, it can’t function without the right preparation.

The Problem of False Positives

Even if the financial data is structured and verified, it may not be useful to a machine, and AI will struggle to tell what data is useful and what is not. The large volume of available financial data means there will inevitably be a large number of apparent patterns that are actually the result of pure randomness. This phenomenon is known as “overfitting,” and it’s such a recognized issue that it gets its own lesson in Stanford’s online course on machine learning.

Overfitting is not just an AI problem. Humans have always struggled with seeing patterns where none truly exist (heuristics). At least, though, we can be conscious of this flaw and try to counteract it. Computers, for all their sophistication, cannot claim this same level of consciousness. When programmers design machines to find patterns, that’s what those machines are going to do.

As AI gets more complex, the problem of overfitting gets worse. Anthony Ledford, the chief data scientist at one of Man Group’s quant funds, recently told The Wall Street Journal:

Many quant funds today are simply mining patterns from past data and hoping those patterns persist into the future. In reality, most of those patterns were either the result of randomness or conditions that no longer exist.

Again, we see the need for the pairing of AI with human intelligence. Machines can process data and find patterns more quickly and efficiently than any human, but for now they lack the intelligence to audit those patterns and understand whether or not they can be used to predict future results.

AI As a Black Box

Of course, to audit the results of AI, humans need to be able to understand how that AI thinks. They need some level of insight into the processes the machine is using and the patterns it discovers.

Right now, most AI is not transparent enough for potential users to trust it. All too often, the AI algorithms are a black box that take in data and spit out results without any transparency into their underlying machinations.

In part, this problem is unavoidable if we want the machines to operate with the scale needed for them to be useful. The code that goes into AI is so complex that few individuals could ever fully understand its inner workings.

In fact, software doesn’t even have to reach the complexity of AI to have these problems. Consider the unexpected acceleration problems that plagued the Toyota Camry about 10 years ago. So many programmers had worked on the engine control software that it turned into “spaghetti code,” a mass of unintelligible and often contradictory code that no one understood and caused great harm.

If the software to support human control of a car’s breaking and acceleration can become so complex, just imagine how much more confusing and susceptible to errors more sophisticated activities, like financial modeling, can be. One mistake in one line of code could alter the entire function of the system. The software wouldn’t break, it would just be performing a different task than intended without anyone realizing until, perhaps, it’s too late.

Finance is far from the only sector to experience this problem. In “The Coming Software Apocalypse,” The Atlantic detailed several examples of major failures that occurred because the coders didn’t properly anticipate all the potential uses of their software. These failures were prolonged because the people using the code didn’t have any idea how it worked.

As long as AI remains a black box, its utility will be limited. Eventually, the lack of transparency will lead to a significant and undetected failure. Even before that point, it will be difficult to get investors to commit significant money to a program they cannot trust.

For all these challenges, AI will continue to expand its reach on Wall Street. There’s no other way for financial firms to meet the dual mandate of reducing costs and improving their service. Technology is the only solution for analyzing the huge volumes of corporate financial data filed with the SEC every hour and meeting the Fiduciary Duty of Care.

The firms that understand this fact and take concrete steps to invest in technology will have a significant advantage over their competitors, which is why UBS and Morgan Stanley are among our top picks in the financial sector.

This article is the first in a five-part series on the role of AI in finance. Over the next two articles, we will dig deeper into the challenges facing AI and how they can be overcome, while the last two articles will show how AI can lead to significant benefits for both financial firms and their customers.

Click here to read the second article in this five part series.

This article originally published on January 11, 2018.